What do dogs see – and other questions answered | Under One Woof

Home > Blog > What do dogs see – and other questions answered

What do dogs see – and other questions answered 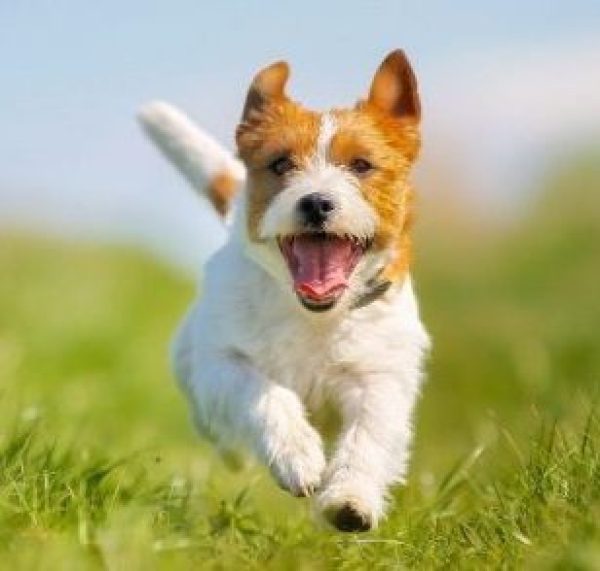 Dogs are extraordinary animals and in today’s article, we’re going to answer some of the internet’s most in-demand questions about them. We explore what dogs see, how their vision works, and what they can hear. As you read, you’ll come to realize that they’re similar to us in many ways. The world that they perceive isn’t all that different to ours at all (with a few key exceptions).

Dogs have red-green color blindness, just like some humans do. In humans, this condition is caused by a genetic malfunction and affects a small percent of the population (and overwhelmingly more men than women). By contrast, all dogs are born with red-green colorblindness, a symptom of the fact they’re missing a color-detecting cone in their retina.

To a dog, the reds and greens that we know and love come out like sharp blues and muddy yellows. Google the topic “dogs colorblind” and take a look at some of the images offered up as examples of what they see. Fascinating stuff, though it is a shame they can’t appreciate the lovely new red toy you’ve just bought them!

What do dogs see?

Dogs see the world like you or me. They’re a predator species, just like we are, and their eyes are set close together, just like ours. Yes, some breeds have eyes further apart for increased peripheral vision, but by and large, their perception of the world is quite similar to ours.

Dogs are also very much aware of us. Many people say that their dogs stare at them intently with a look of longing or love, and this is very much the case, as the AKC explains in a great article on the topic.

“In fact, mutual staring between humans and dogs releases oxytocin, known as the love hormone. This chemical plays an important role in bonding and boosts feelings of love and trust,” the AKC writes. “The same hormone that is released when a new mother looks at her baby is also triggered when you look at your dog. No wonder our dogs like to stare at us all the time.”

Do dogs have good hearing?

Yes! This is one of those things that dogs are way better at. We might have better vision, but dogs have vastly better hearing.

Two, dogs can detect noises we can’t. If our max is 0 decibels, a dog can hear something as indistinct as -15 decibels.

Dogs traditionally needed to hunt for their food, and it’s definitely a lot easier to catch a mouse if your ears are up to the job! As humans, we’ve evolved to communicate more socially, and our ears are tuned accordingly.

Want to know more about your furry friend? Check out this companion article, which covers some different ground, including the method for working out your dog’s age in human years, and the reason behind their need to pant.