Why do dogs age faster than humans, and other questions answered | Under One Woof

Home > Blog > Why do dogs age faster than humans, and other questions answered

Why do dogs age faster than humans, and other questions answered 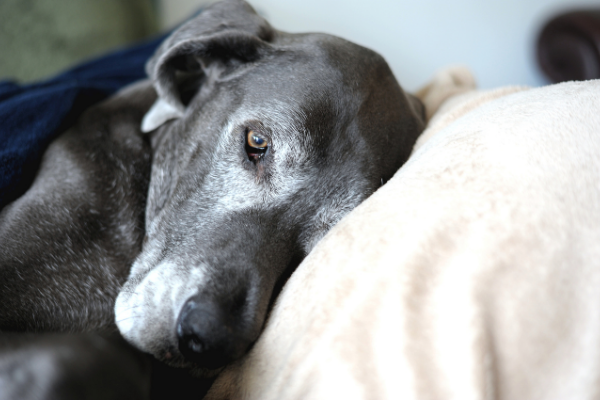 Following on the heels of last week’s article, we’re once again looking at common questions people ask about their dogs. Many of these are popularly posed online because people feel silly asking them in public. Well not to worry, because we have seen them swirling the Internet and we’re here to provide the no-nonsense answers you’re after.

Why do dogs age faster than humans?

Dogs, on average, live between 10 and 13 years. The bigger the dog, the smaller this number often is. But irrespective of size, why do our beloved pets have lifespans so much shorter than our own?

Well, dogs are in possession of faster metabolisms and hearts that work harder than our own. Because of all this extra work, dogs age faster and, consequently, live shorter lives. It also means they grow up more quickly. A dog that’s a year old is the equivalent of a human child ready to start school. A dog that’s two is the equivalent of a child that’s on the cusp of puberty. Compared to the rest of the animal kingdom, humans are actually the anomaly. No other animal spends quite as long dependent on their parents.

Can dogs eat apples and bananas

Apples are actually a great snack for a dog, though be sure to remove the core and any seeds first. Bananas? Less so, if only because of their high sugar content. Offer your dog bananas sparingly, as a treat, lest their blood sugar level spikes.

In fact, most citrus foods are totally fine, though be sure to ask a veterinary professional if unsure.

Avocados are a nutritious high-fat food for humans, but dogs are allergic to persin, a toxin that causes vomiting and diarrhea in dogs. The inside of the avocado has less persin than the pit, skin and leaves, but it still has enough to cause these issues. Humans, by contrast, don’t react to persin at all. Just another wonder of the Animal Kingdom.

Why do dogs lick you?

In early puppyhood, small dogs get licks from their mother, and they learn this method of affection. Chances are, your dog is licking you because he’s happy you’re there.

Of course, there’s also a chance that he likes the way you taste. Dogs have highly sensitive tongues, and our skin will have a salty flavor that some dogs might like.

Alternatively, he’s using licking to get your attention. And it’s often an effective tool, one that you’ve no doubt reinforced by paying him the attention he craves. If this is becoming annoying, consider ignoring the act altogether, and see whether it makes a difference.

But in most cases, your dog is simply saying hi, and saying thanks for being you!