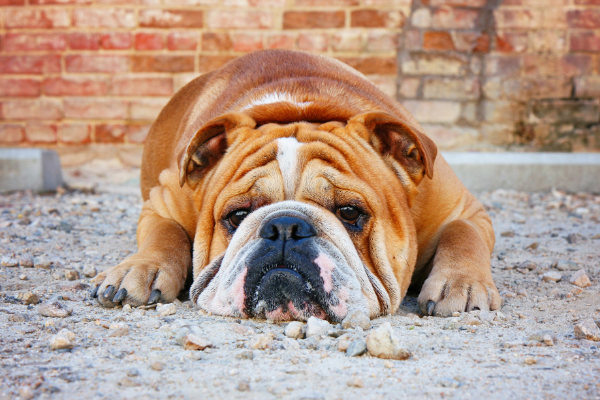 For some owners, a constantly barking dog is a reality they have to face. We’ve talked in the past about how to curb this bad habit and what their bark might mean. Today, we’ll look at breeds that simply don’t feel the need to bark much at all. They’re often perfect for built-up cities where neighbors are in earshot and noise complaints are more likely.

Our list runs in descending order, from least noisy to most vocal, yet all these dogs are comparatively quiet.

The Basenji is Africa’s “barkless dog”. As the name suggests, this smart, independent hound doesn’t bark at all. Instead, it yodels. The sound is almost human in quality and very striking.

Basenjis are one of the oldest breeds recognized by the American Kennel Club. They’re high-energy dogs that love to exercise and need plenty of mental stimulation to keep them occupied. That said, you won’t hear them barking down the house when they don’t get their way – a singsong cry is their preferred choice of communication.

Frenchies are city dogs that have become increasingly popular in the last little while. As of 2020, they’re the second most popular recognized breed in America, and it’s easy to see why. Laidback, small and quiet as a mouse, they’re quite content to lounge on the couch in front of the TV, and when you’re out, they’re not going to kick up a fuss. They’re small enough to fit in a handbag and quite content to join you on adventures too.

A pure Bulldog heralds from England and is a playful, good-natured addition to the family. These are heavy-set dogs that love to eat and chill, and they don’t tend to bark much either. They do, however, snort and sniffle and make the odd grunt. Their coats are fairly easy to maintain and they’re not the biggest droolers out there, so Bulldogs are pretty easy to look after in the main.

You might know that the Greyhound is rapid, but did you know that she doesn’t bark a great deal? These are sweet-tempered dogs in the main who like to channel their energy into exercise. They can be tricky to train and are easily bored, but once brought up to speed, are lovely additions to the home. Despite how lean they are, they need plenty of high-protein food to fuel their athletic gifts.

Great Danes are big, imposing dogs, but they’re absolute sweethearts around the family. Make sure you socialize them early and put a training regime in place, because a dog this size needs to know who’s boss. They don’t tend to make a lot of noise, though they will kick up a fuss if they think an intruder is lurking nearby.

Great Danes make for excellent watchdogs, but they’re not going to draw unnecessary attention to themselves.