Decoding what your dog’s bark might mean | Under One Woof

Home > Blog > Decoding what your dog’s bark might mean 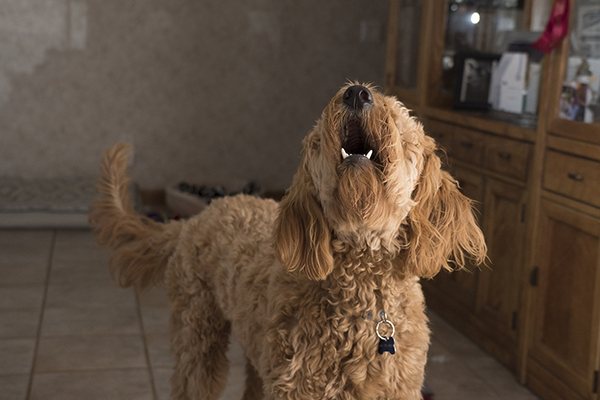 We’ve written at length about the things to do to keep your dog from barking all the time, but it’s worth considering what that bark actually means.

As Cesar Milan notes, dogs don’t lie. The bark is a window into their personality; into a set of needs and preferences.

Scratching your head? Here are a few of the possibilities in play.

Often, a bark can be a sign that a dog is overindulged.

A dog at the center of a manic household is a dog that’s likely to be badly behaved. Just like spoilt children, dogs whose owners bend to their every whim will use noise to command power.

If you own a dog, by rights you’re the pack leader. And as a pack leader it’s your responsibility to exert calm, assertive control.

Neglect this responsibility and it’s amazing how fast a dog will adopt a higher position in the hierarchy.

Often, a bark is a sign that a dog needs stimulation

Often, the problem at play is boredom. An unstimulated animal is an unhappy animal – and especially when it comes to our canine friends. As we noted in a previous post on the topic, plenty of exercise paired with a toy or two should help the situation.

Often, a bark is a sign a dog is scared

Rescued pups often develop psychological trauma and then take this trauma into adulthood. A dog that cowers and/or barks at strangers is essentially telling you he’s scared. Animals like this will often end up retreating and finding a place to lie low.

The mistake is to try and coax him from this position, as coaxing him with food – the default play – only rewards the behavior.

Always pay particular attention to your energy. If you are hesitant to approach, and offering food in a meek manner, you’re almost fueling the idea that you’ve got a difficult animal on your hands.

Often, a bark is a sign that we’re stressed

Dogs can read our energy amazingly well. They’re very sensitive to the way we’re feeling. So if you’re presiding over an unsettled household, chances are your dog will feel the strain.

In fact, some canine psychologists believe it’s the smell of fear that dogs react to. Our bodies release pheromones when we’re under duress.