Dogs from movies and TV (part three) | Under One Woof 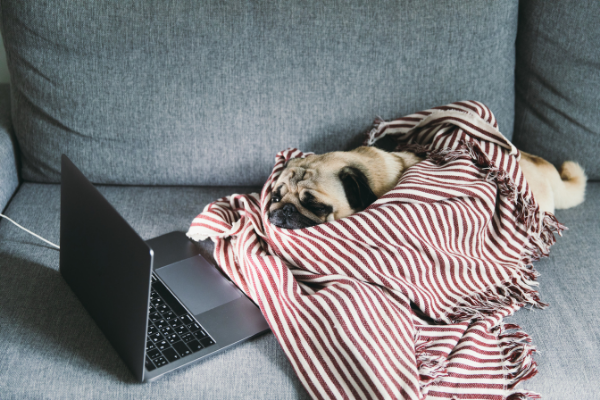 Following on the heels – or should that be paws? – of our previous articles in the series (read the first here and the second here) we’re back with more great doggo movies that you and the whole family can enjoy.

If you’re looking to unwind with a good movie over the weekend, Air Bud is a great choice. It tells the story of the hoop-shooting Buddy, a Golden Retriever who is freed from his vindicative and cruel owner (Norm Snively) and put in the care of the kindly Framm family. Like all good family films, the characters have different levels of morality, and there are plenty of home truths to take away with you after it’s all said and done.

For a change of pace, try Togo. It’s a movie that’ll resonate with us all in a post-Covid world, as the story itself centers on a developing diphtheria epidemic in the small town of Nome, Alaska. The stars of the show are Leonhard Seppala and his Siberian Husky, Togo, who make the trek with the vaccine through dangerous conditions, ultimately saving the town inhabitants. It’s based on a true story and a Disney production, so you know that it’s safe for the entire family. Hazardous weather and nail-biting action await.

Sticking with films about surviving in harsh weather, Eight Below is a 2006 remake of a 1983 Japanese movie called Antarctica. No prizes for guessing where the film is set.

It’s a thrill ride from start to finish, and stars Paul Walker and a pack of huskies who need to survive an expedition gone wrong. Hair-raising moments pepper the two-hour runtime, including an encounter with a leopard seal.

There are some sad scenes towards the end, particularly those involving the huskies, so be aware that it’s not necessarily a feel-good film – though it does remind you of the sheer will and determination huskies possess in the wild.

Though recently remade with Robert Downey Jr., we still have a soft spot for the 1998 version starring Eddie Murphy. In it, Murphy discovers he has a rare gift: he can speak to animals. What follows is a slapstick – yet genuinely funny – romp involving Lucky the dog and a varied cast of other animals. Expect lions, monkeys, horses and more.

The films are based on the 1920s stories by Hugh Lofting, though the Hollywood adaptations are almost their own thing by this point. No matter which version you choose, it’s going to be a hit with the kids, and there are plenty of laughs for the adults along the way too.