A look at the national dog of countries worldwide – part two 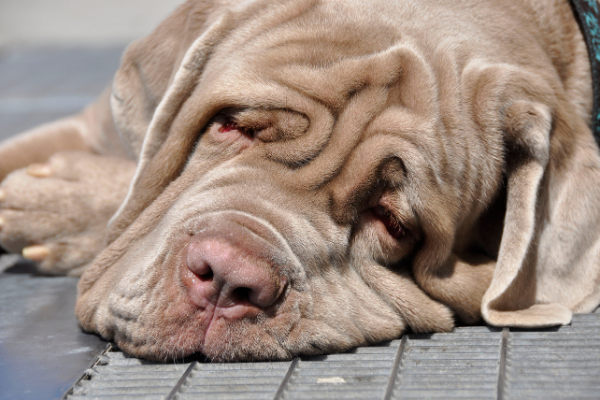 Hot on the heels of our first article about the national dogs of four different nations, we’re back with a few new additions. Today, we’re running with a distinctly European theme, though all these dogs are recognized by the American Kennel Club and are therefore purchasable in the USA.

With any luck, you’ll recognize a few of these names and even learn a thing or two in the process as well.

Nicknamed the Mastino, the Napolitan Mastiff is an enormous guard dog with a very distinctive appearance. Seriously – you only need to Google one of these giants to see what we mean.

Buy one as a pup and you’ll discover how quickly he grows – but he doesn’t need to be exercised as often as other breeds. Though not an out-and-out couch potato, the Mastino is susceptible to joint problems, and doesn’t mind spending time on the couch.

As for the breed’s history? The Mastino dates back to the Roman Empire, where it was used as a war dog and even a gladiator.

Considered the dog of Japan, the Shiba Inu is a beautiful member of the Non-Sporting group.

Shiba Inus were brought to US shores 60 years ago though they date back to roughly 300 B.C., with a name that translates into “brushwood dog”, perhaps in part because of their reddish coat.

The Shiba Inu was recognized by the AKC in 1992 and today ranks as the 44th most popular breed in America.

This sweet, gentle giant heralds from Switzerland and is a much-loved dog in America (ranking as the 22nd most popular AKC breed).

Bernese Mountain Dogs come from a region of Switzerland known as Bern, where farmlands abound and cheese and chocolate ae made.

They’re tailor-made for rugged terrain and need a fair bit of exercise as well.

With a distinctive tri-color coat, sturdy frame and muscular neck, the Bernese is a striking dog to look at and a wonderful addition to the family home as well.

With a coat that wouldn’t look amiss on a bride at a wedding, the Maltese is a striking member of the Toy group.

This breed comes from the tiny island of Malta, to the south of Italy, and dates back thousands of years. During the Roman Empire, the Maltese became seen as a status symbol and went down in folklore. After the fall of the Roman Empire, they were kept from going extinct by Chinese breeders, and many thousands of years later, arrived on American shores. The first Maltese was exhibited at the American Kennel Club – the US registry for dogs and premiere authority on pedigree – in 1877.