A look at the national dogs of countries worldwide – part three 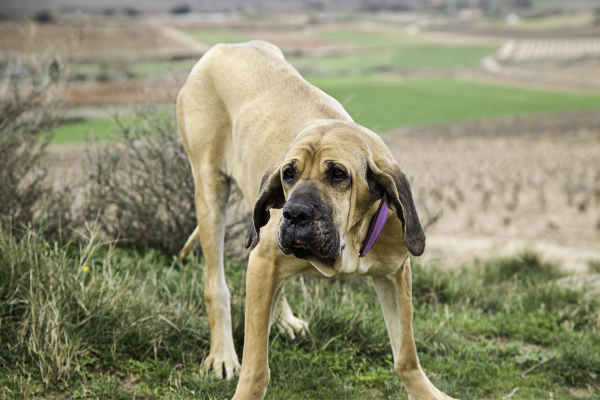 It’s been a few months since we last visited this topic (read part one and part two here), but with many countries still not covered, what better time to re-address the topic than now?

Dogs are not just our furry friends, you see – they’re also a symbol of national pride. Having covered countries as far-flung as South Africa and France previously, we’ve got four more nations (and breeds) to put under the microscope.

As faithful as a Fila – it’s an old saying in Portuguese and one that describes the Fila Brasileiro rather well. This mastiff is an enormous, protective breed that looks after its owner and doesn’t like to mix with strangers. As a result, it’s banned in several countries, and not yet recognized by the American Kennel Club. Nor is it ever likely to be. “As the site states: [breeds] such as the Fila Brasileiro—a Bloodhound-evoking mastiff developed in 18th century Brazil for its fierce guard-dog temperament—are so incompatible with AKC sports and events that they will likely never seek, much less achieve, recognition.”

That said, it still deserves recognition as the national dog of one of South America’s most distinctive – and interesting – countries.

The “Barkless Dog” – or Basenji – likes to yodel instead of making the noise that most dogs make. Quite why is up for debate, but people are torn. On the one hand, it might be because this yodel or howl is uniquely able to scare off prey. Of course, it could also be that the Basenji heralds from a dangerous part of the world, where wild prey are looking for a tasty meal. Barking loudly, in that case, might be the ticket to a… well, early grave!

This historic breed is noted for its stubbornness. With that in mind, it’s not particularly popular in America despite its cuteness (for reference, it comes in at 86 in the AKC’s list of most popular breeds).

Still, if you like a dog that’s determined and thinks for itself, consider bringing one into your home.

We end on a European note, with a dog that’s even more obscure than the Basenji. Number 187/195 in the AKC popularity stakes, the Finnish Spitz is the national dog of this small nation in the Baltic Sea.

Known as the “Finkie” in its home country, it’s something of a national treasure today, and is thought to date back to prehistoric times.

If you like dogs that are quiet – like the Basenji above – you might not want to bring a Spitz into your home. These dogs love to bark and are capable of nearly 200 barks a minute. That’s because they were traditionally used by their masters to hunt down birds hiding in trees.

If looks are your thing, however, you may well love this breed: who can resist the fluffy tail and upright, attentive ears? What’s more, they’re noted for being good-natured.